Present and Future both bright for Brum!

I recently relocated to the West Midlands after 11 years living and working in London, writes Ed Whitehead. Having studied at the University of Warwick, and with my wife hailing from Coventry, I’ve long had a soft spot for the region, and it was the obvious place to move once we left the capital.

I thought I knew Birmingham fairly well. I’d visited friends here for years and was familiar with the shops in the Bull Ring, the bars on Broad Street and the world class music venues, but nothing quite prepared me for the massive changes that the city is currently undergoing.

If you look from the rooftop terrace of FSC’s Birmingham office, you’ll see almost as many cranes as you would on the London skyline. Things are getting built – and fast. New apartment blocks and office towers are springing up, there are even more fantastic places to go shopping, and, much to my delight, there’s a whole host of new and old great bars and restaurants. My favourites so far include Purecraft Bar & Kitchen from local brewing legends Purity, Bonehead (Fried Chicken + Craft Beer = Love Eyes Emoji), and of course, Digbeth Dining Club, which rivals any street food experience I’ve had before.

In addition to the building work, a number of major roads and pedestrian ways are currently blocked off for significant transport developments. Some locals groan about the disruption, but those road closures are because the local authorities are future-proofing the transport network to ensure it can cater for the estimated 500,000 more people who are expected to live in the region by 2035.

It’s a sign of a city in transformation; this is an incredibly exciting time for Birmingham, and the West Midlands in general. It’s the youngest and most diverse city in Europe, many important companies are opting to opening their HQs here, and you can feel the buzz building in the air

Many of these infrastructure developments are set to be in place for the 2022 Commonwealth Games, which have served as a catalyst to get long-mooted redevelopment programmes off the ground. The Games should provide a massive boost for local companies, with organisers pledging to use a scoring system throughout the procurement process to maximise local business and employment opportunities.

It’s estimated that there will be a workforce of around 45,000 for the Games, including 12,000 volunteers. In 2012 the Olympic volunteers – named the Games Makers – had a phenomenal impact on the city, somehow turning my morning commute on a packed Northern Line tube into a friendly, sociable occasion. For anyone who gets the Tube regularly, you’ll understand this is no mean feat. There’s no doubt this gave visitors a positive impression of London. 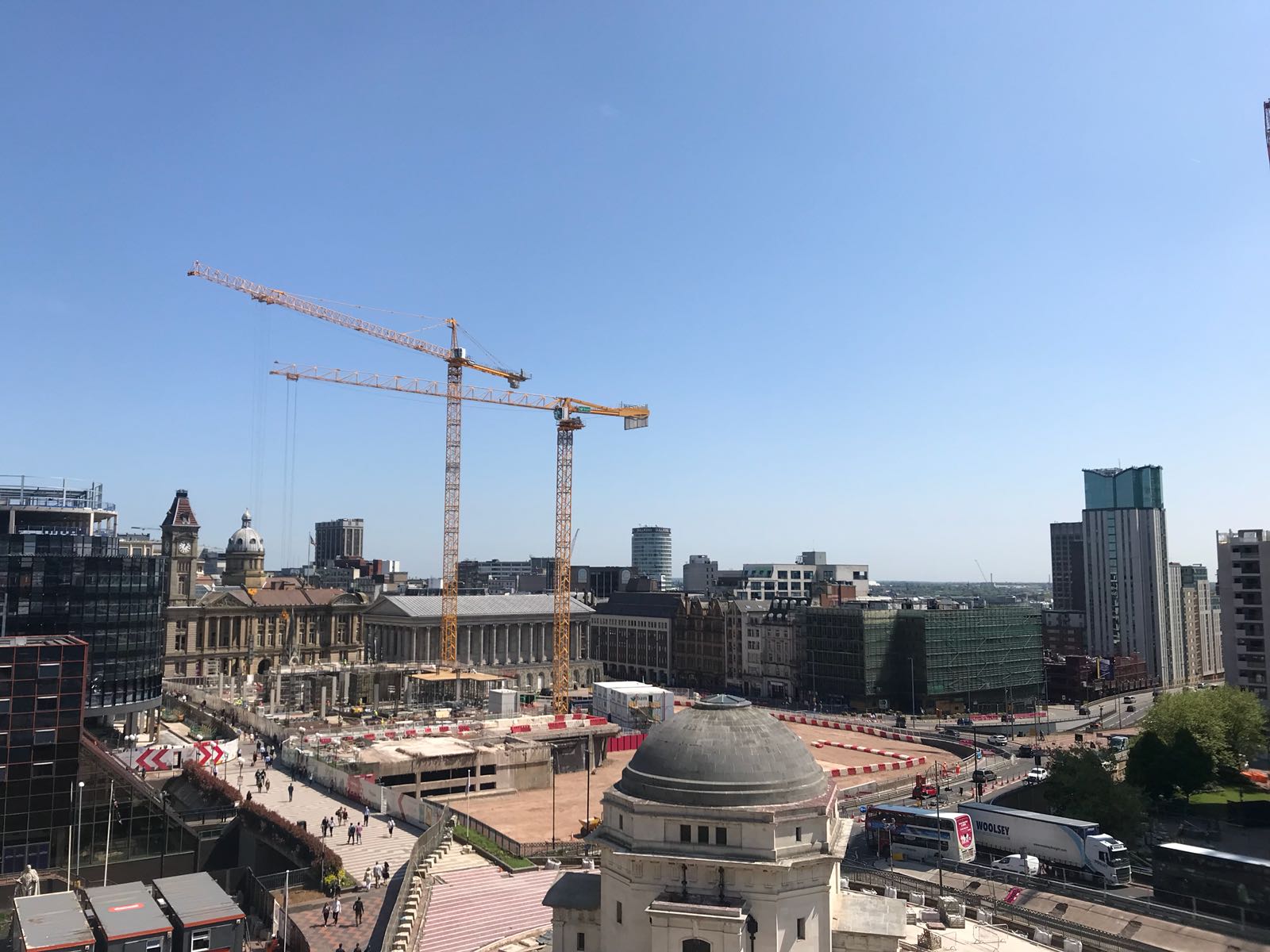 The volunteers for Birmingham 2022 have the chance to make a similar impact and shine a light on everything that makes this city great. Ian Metcalfe, Chairman of Commonwealth Games England, agrees. At a recent Insider business breakfast, he spoke about how the Games “will be about the people”, and present “a tremendous opportunity for the region to showcase… an extraordinary city with a diverse population”.

Some 1.5bn people are expected to watch the Games on TV, 1.2m people will attend in person and a further 1m are expected to visit the cultural events which will run concurrently. Metcalfe believes that the Games can have the same impact on Birmingham that the 2002 edition had on Manchester.

If that’s the case (I’m confident it will be), you can be sure that anybody following in my footsteps from London to the West Midlands will already know exactly how much this city has to offer.