Can a winter World Cup deliver for hospitality? 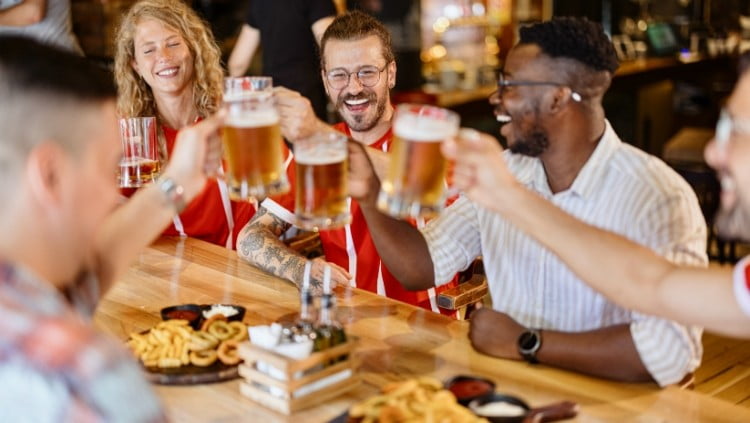 Fleet Street associate director Ed Whitehead wonders if a winter World Cup will be a winner for the pub sector or nil-nil result.

I love sport. But I have a confession. With only two days to go until kick off, I still haven’t caught World Cup Fever.

At this stage, I would normally have consumed newspaper pull-outs galore and listened to hours of podcast previews. I’d be an expert on the Mexico side, and know all about Tunisia’s preferred formation. I’d be discussing star players and dark horse teams with my friends, reminiscing about previous tournaments, and co-ordinating plans to get down the pub to watch a day of football. Not this year, though.

Everybody knows the controversy. The flagrant corruption that resulted in the tournament being awarded to Qatar; the thousands of migrant workers who have died in the construction of the shiny new stadia; the Qatari Government’s attitude to LGBTQ+ rights. But let’s not kid ourselves – the World Cup is no stranger to propping up deplorable regimes, so to my shame, I can’t attribute my indifference just to my ethics. It’s purely a case of timing. It’s in the middle of the season, and with just seven days between league fixtures and the first World Cup game, we’ve been robbed of the traditional World Cup build up – the very time I would have been consuming all of those pull-outs and podcasts. Somehow, the biggest sporting event in the world has crept up on us.

What will the World Cup mean for Pubs?

The big question for pubs, reeling from a soft start to the month, is whether the general public will be excited. A major tournament could usually be relied on to deliver a boost in sales but will the public care enough to pile into the pubs in their droves, or will my general apathy to the tournament be shared by the wider population?

Even if people do care, will pubs be able to capitalise? Will World Cup trade mean fewer Christmas parties, or just push them later into December? And what about the weather?! As Greene King’s Head of Sports Marketing, Chris Conchie, told Oliver Barnes at the Financial Times recently, “It’s not your normal World Cup where you put on your shorts and bucket hat, and grab a cider and head out into the sunshine.” Beer garden screenings have become a highlight of the fan experience during major tournaments but it’s doubtful people will be so willing to stand outside in the cold and rain and if England do perform and people want to watch collectively, it’s unlikely there’s space for all of them inside.

According to research by our friends at KAM Media, about 16million Brits intend to watch at least one World Cup game in a pub this year but spend per head could be down, with two-thirds of pub goers planning to be more conscious about their spending during the World Cup because of cost of living concerns. Half of all UK consumers have reduced their discretionary spend already, so it’s no surprise that people might either spend less when they’re in the pub, or forego a trip entirely.

Who will benefit most from this World Cup?

This all seems pretty bleak so far – so will there be any winners? Well, pubs in Wales, for sure. Football has seemingly overtaken rugby as our national sport, with a team which represents and reflects the nation perfectly, and a first World Cup for 64 years will guarantee that fans pile into the pubs. With a clash with England to come, don’t be surprised to read stories of record sales in Welsh pubs in the next few weeks.

Venues with large, warm spaces and good big screens will always have a good chance of becoming a go-to venue for sport, so the pubcos which have invested heavily in this area should be another winner. With one eye on a winter World Cup, some companies capitalised on the relaxed planning laws introduced during the COVID pandemic to install marquees and stretch tents, and refurbish heated beer gardens at their sites. Very smart thinking.

And as for the rest of the sector – as usual, it seems like fortunes will rise and fall with the performance of the Three Lions. Gareth Southgate’s men haven’t exactly been on top form this year, but the VoucherCodes World Cup 2022 Spending Report forecasts that hospitality sales will be just 10% less than during the 2018 tournament. Considering England’s run to the semi-finals in Russia drove bumper sales and a then-record quarter for Stonegate, that feels like something most operators would settle for. Let’s just hope the nation can somehow manage to get excited about this World Cup – and fast!